Online Sales have closed.
Tickets are available for purchase tonight at the door.
Adults: $27
Seniors & Children: $20
​
Join Another Octave on Saturday, November 19th at 7PM

In uncertain times, music gives voice to struggles for peace and justice. Another Octave’s fall concert — We Got Issues! — features music of power and protest in a multi-media presentation that speaks to our lives.

Songs by writers such as Bob Geldof, Pat Humphries and Holly Near, a musical setting of poetry by Maya Angelou, spirituals and folk tunes, contemporary anthems and some twists on Broadway repertoire will move you, inspire you, make you angry and sometimes even make you laugh.

Whether singing about caring for our only planet, the ravages of racism, or the struggle for reproductive justice, Another Octave will bring its signature harmonies and inventive programming to We Got Issues!

We Got Issues! will be presented on Saturday, November 19 at 7:00 p.m. at the Unitarian Society of New Haven, 700 Hartford Turnpike, Hamden.

Since its first show in 1990, Another Octave: Connecticut Women’s Chorus has been engaging audiences around Connecticut and out of state with energetic performances and an eclectic repertoire that includes standard concert pieces as well as traditional and contemporary music reflecting women’s lives.
Another Octave reaffirms our commitment to promoting equity and justice for our Black sisters through our words, actions, and music. Black Lives Matter. Black Trans Lives Matter. Say Her Name.

The murders of George Floyd, Breonna Taylor, Nina Pop, Ahmaud Arbery, and Tony McDade are just the most recent examples of the epidemic of violence against Black people in America. As a women’s chorus founded by lesbians and currently family to 50 women and gender nonconforming folks from a variety of backgrounds, Another Octave celebrates diversity and condemns discrimination - overt, unconscious, and systemic. We stand with the families of those whose names we’ve heard and those we haven’t who have been victims of racialized violence, police brutality, and vigilantism. We stand with people around the world protesting that violence. We recognize that our mission of giving voice to the lived experiences of all women includes that of Black women. We strive to be a community that uplifts the voices of the marginalized and celebrates rather than appropriates. Another Octave commits to being introspective as an organization and continually learning about and supporting racial justice.
I’m a black ocean, leaping and wide,
Welling and swelling I bear in the tide.
Leaving behind nights of terror and fear
I rise
Into a daybreak that’s wondrously clear
I rise 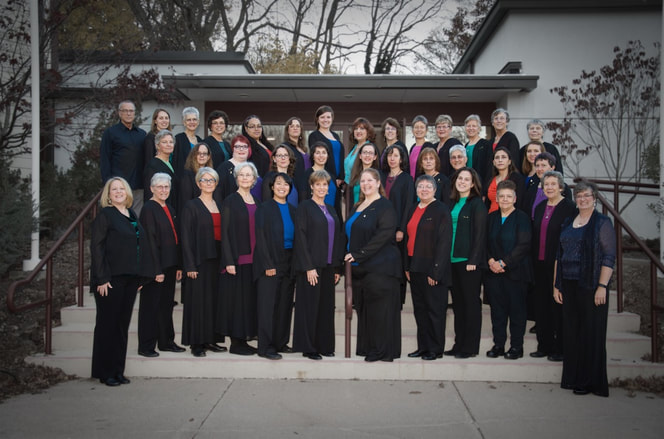 "I am always moved by the passion and communication of the meaning of the text in every performance by Another Octave." - Robin Doyle, West Hartford Women’s Chorale​
​Become involved!

We are always looking for help with fund raisers, concert production, and advertising.  Plus, we always need volunteers to help out during our concerts.
Contact us at Women@AnotherOctave.org

Keep up on the latest happenings, gigs, fund raisers, and general Another Octave news. Just click HERE to sign up for our newsletter.
Thank you for visiting Another Octave: Connecticut Women's Chorus. 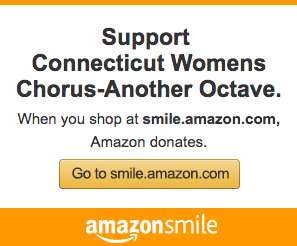